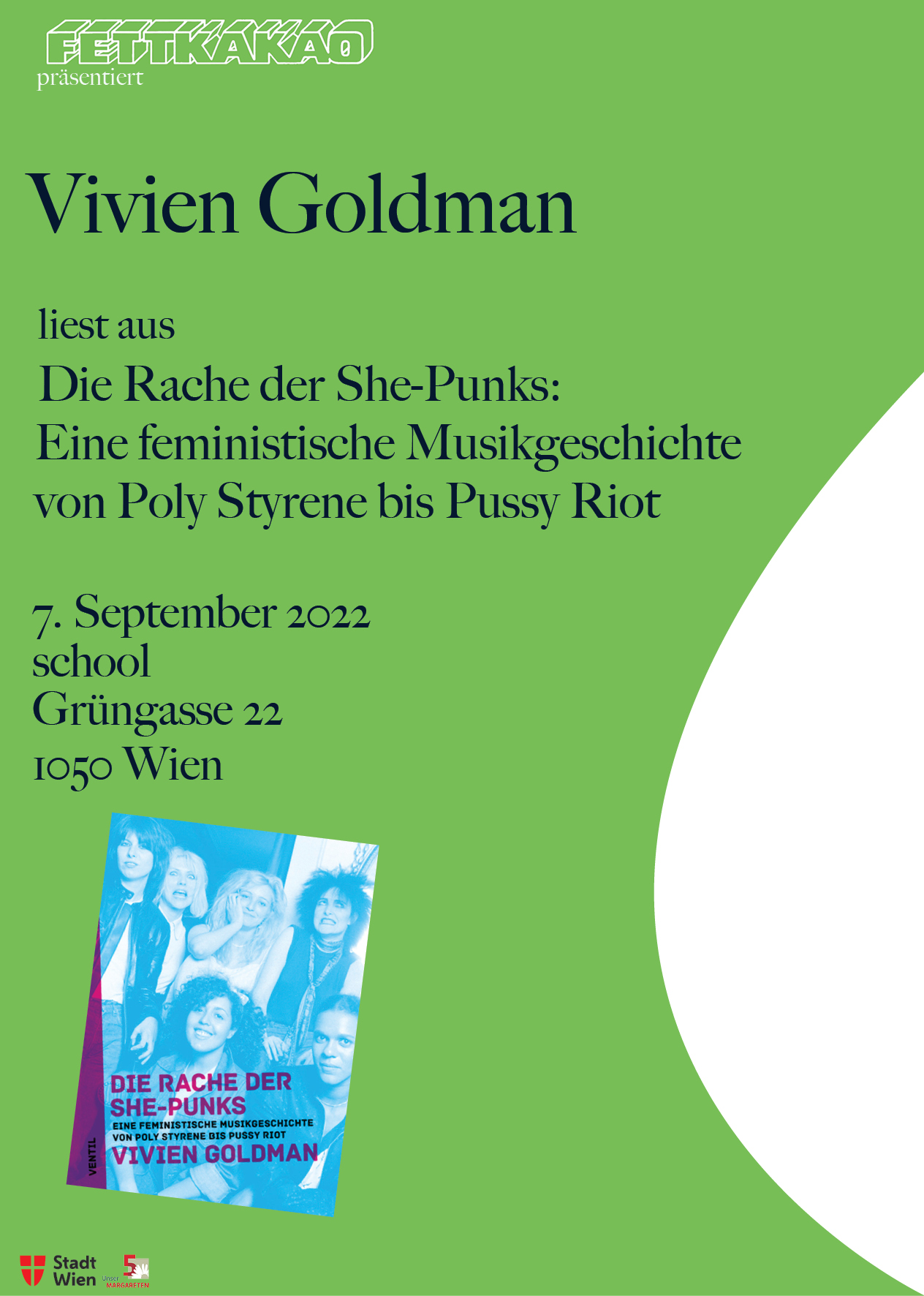 Vivien Goldman is touring the german speaking territory with the translated version of Revenge of the She-Punks (Die Rache der She-Punks – Eine feministische Musikgeschichte von Poly Styrene bis Pussy Riot / Ventil Verlag). She will be presenting and reading from it at school, Vienna on September 7th, 2022. The Event is for free and starts at 7PM.

“No-One’s More Punk than Vivien Goldman,” pronounced Pitchfork Magazine. In that freewheeling spirit, the boundary-busting Vivien Goldman is a writer, educator, broadcaster — and a musician, too. A Londoner, she has lived in Paris and Jamaica and now resides in New York. Since she started out in the vigorous British rock press of the 1970s, often working with Bob Marley (the subject of two of her books,) her can-do attitude and outernational insights have been on wide display:  journalism, books, radio, television, university teaching, multi-media lecturing, museum dialogs, the recording studio, the stage —  and her beat still goes on (viviengoldman.com)