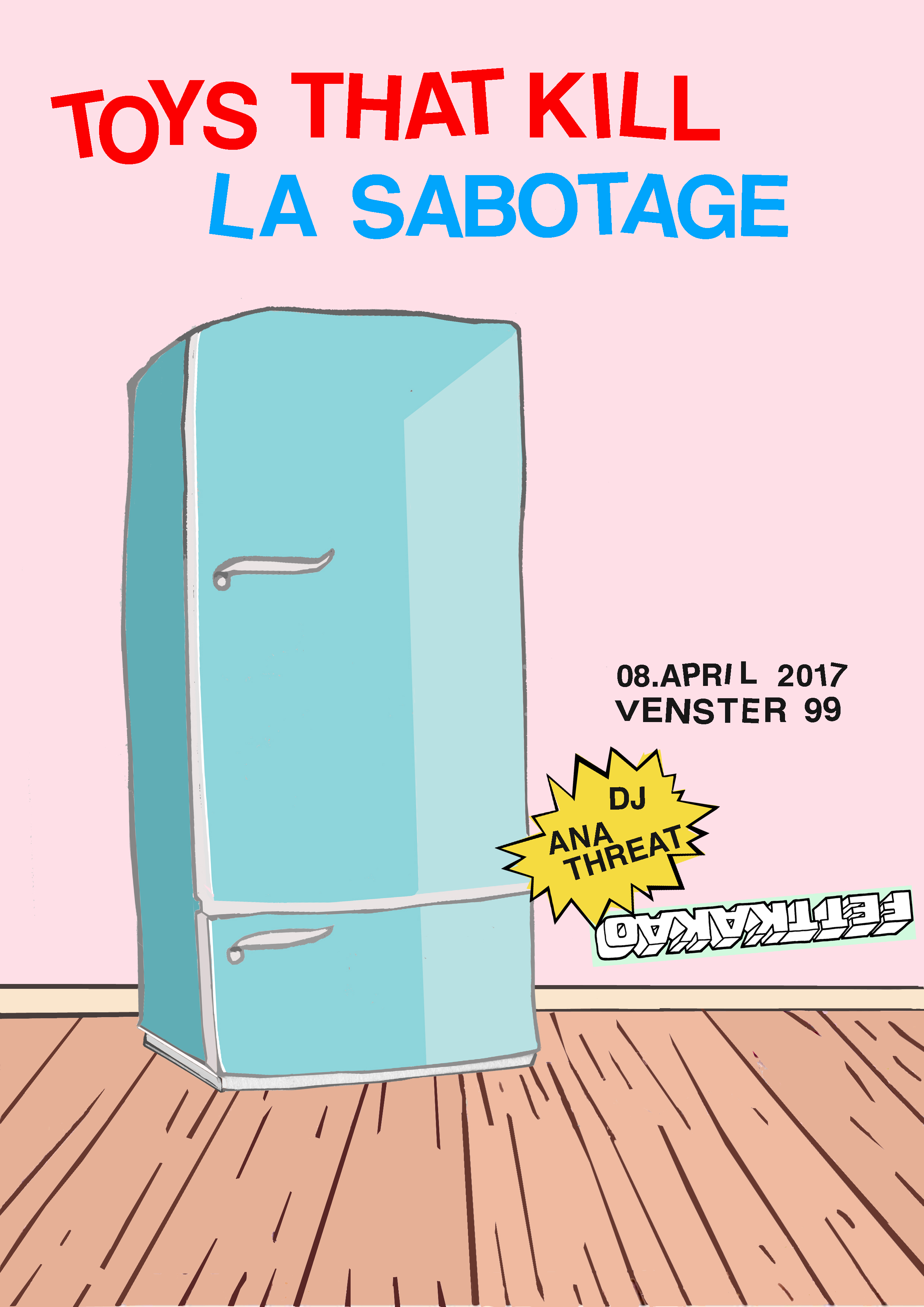 Recess Records artist Toys That Kill are on tour in April again, playing a show at Venster99 in Vienna!

By the turn of the century, the San Pedro Band emerged out of F.Y.P –  Todd Congelliere‘s first (solo) project. With Sentimental Ward Toys That Kill have released their 5th Album, which came out in june 2016.

The show takes place April 8th. La Sabotage from Linz are opening up the evening and Ana Threat is doing the Saturday Night Punk DJ thing!