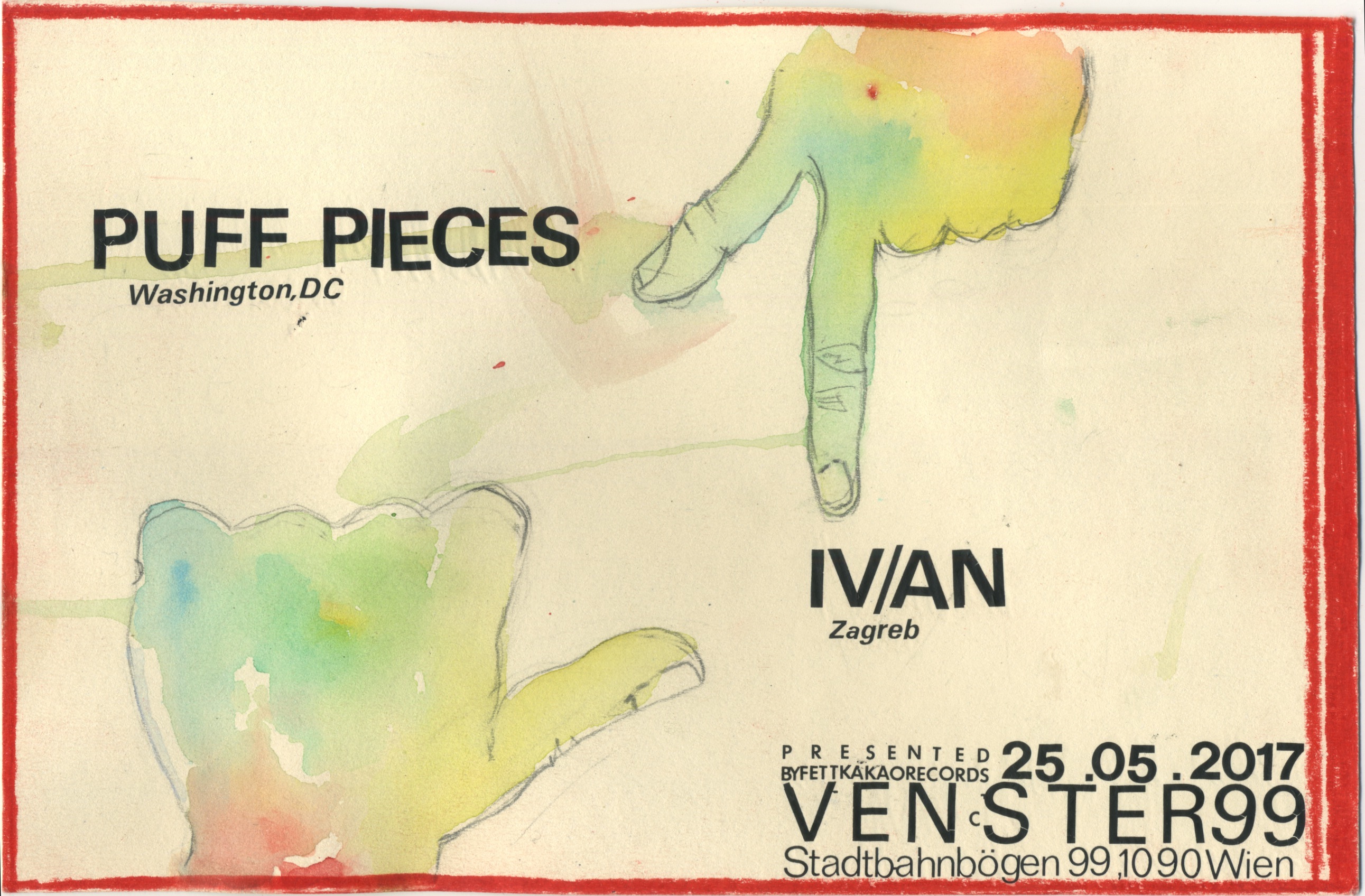 Puff Pieces from Washington, DC will peform in May at the Venster99 in Vienna. IV/AN from Zagreb is going to open the evening.

Puff Pieces have recorded an album on Lovitt Records. The Band features Justin Moyer – known for having been in Bands like E.D. Sedgwick, who performed at the Arena several years ago,  Supersystem (Touch & Go) and Antelope (Dischord). you can listen to their latest Album Bland in D.C. via Bandcamp.

IV/AN used to have a project called I/II, he has released records on Half Releases in Zagreb as well as on the Viennese label Totally Wired. check out hisBandcamp Page!