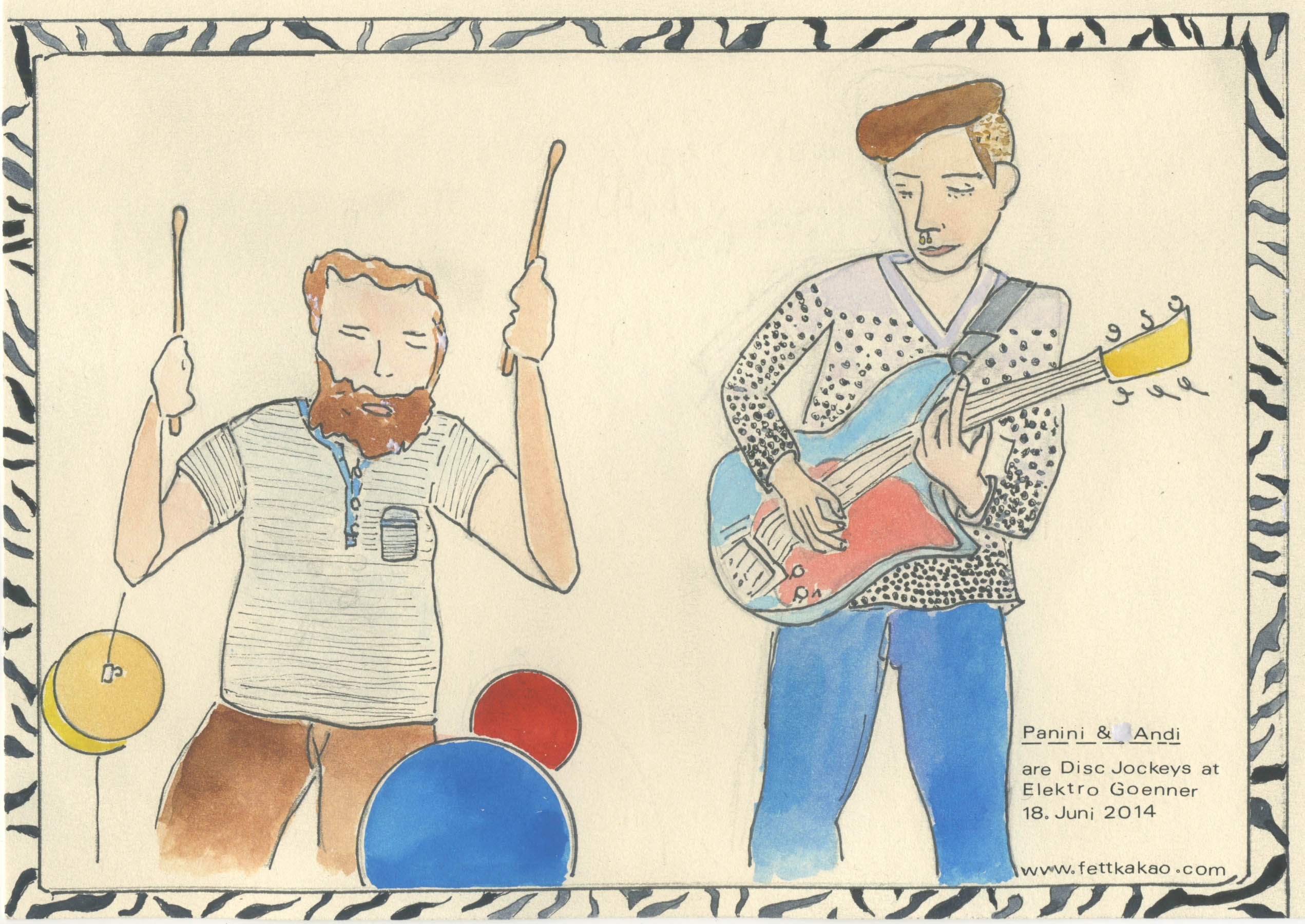 my dear friend Jasmin a.k.a. Panini will be my next guest at the monthly Fettkakao Club at Elektro Gönner. Jasmin is playing in a band called Lime Crush with me, but both of us have – and still do – help out Veronika with Tirana from time to time. Panini is also in Bands like Me And Jane Doe and Aivery, she shares her fast learnt guitar skills on youtube and is also an excelent sound engeneer.there’s more to tell – but most importantly Panini is my friend and we will play some canned music in at the Elektro Gönner.