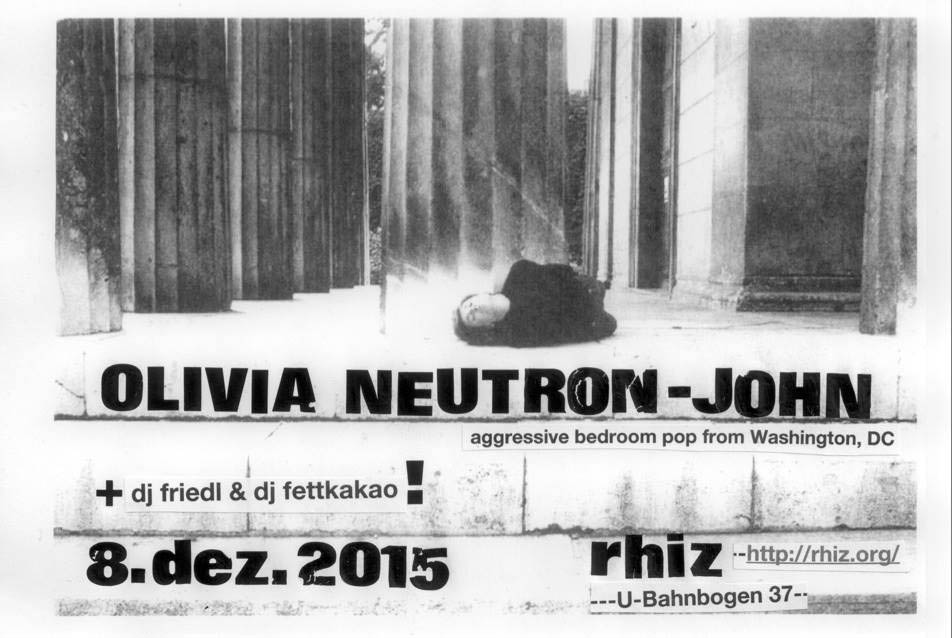 OLIVIA NEUTRON-JOHN INFO:
website: http://on-j.com/
bandcamp: https://olivianeutron-john.bandcamp.com/
“In an era when groups are formalistic recitations of previous groups, loathe to show any personality, innovation, or opinion – for fear of jeopardizing a future career in sales or politics – OLIVIA NEUTRON-JOHN is a vital bolt from the blue, a radical arrival which signals something outside of noise, punk, disco, pop …
Appearing fully formed, without a note or groove out of place, the O N-J record is a total statement; something brand new, a strike against complacency, a challenge thrown at the content-less stagnation of modern indie, garage, and whatever other tiresome genre exercises are being paraded around at the corporate festivals.
Combining two cassette only releases by O N-J, (INJURY TRAIN AND I’M NEVER GETTING OFF IT & VULNERABILITY), O N-J’s debut vinyl album captures the intensity of the same live performance that’s transfixing audiences coast to coast. OLIVIA NEUTRON-JOHN is ANNA NASTY (CHAIN & THE GANG, VEGETABLE) on keyboards, voice, saxophone … joined on the LP by MISHA POLESHCHUK (NO BABIES) on saxophone for this chunk of pure Casio crystal.”
-Ian Svenonius
FB Event: https://www.facebook.com/events/1253689511323253/