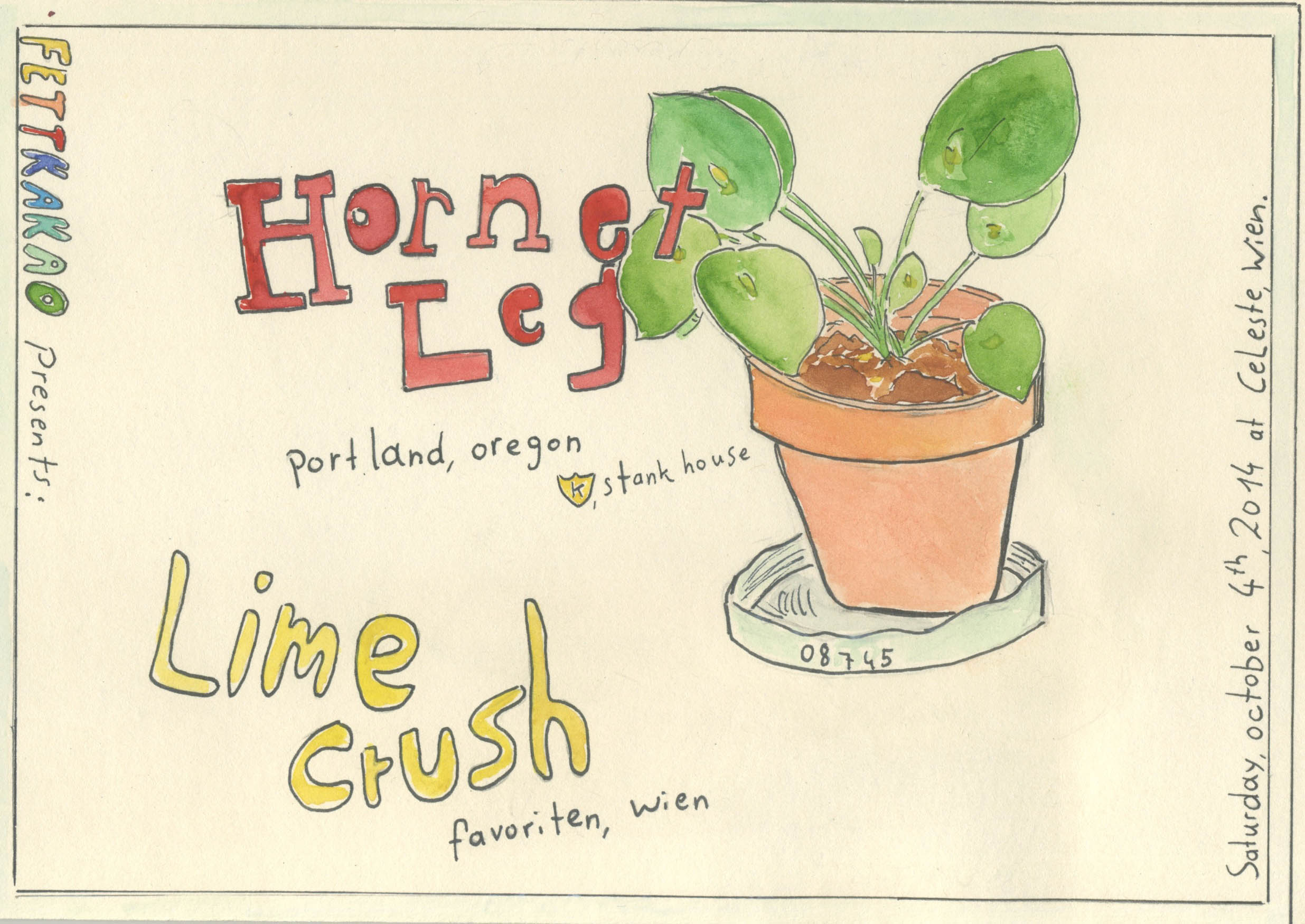 Hornet Leg from Portland, Oregon – describe themselves as “Nerds obsessed with Punk and Blues” on their facebook page. but you’ll turn into a nerd yourself with the list of bands the members in Hornet Leg  are involved with.

they have an LP and a 7″ out on K; their current record, Still Life, was released via StankHouse.

Lime Crush is a four piece from Vienna who rehearse in Favoriten.
tumblr || facebook