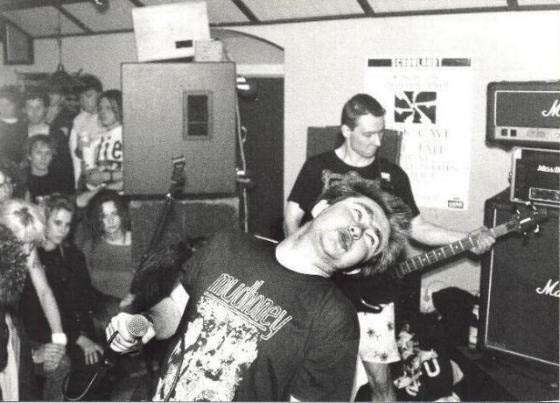 Rainer Krispel and Huckey formed Seven Sioux after Target Of Demand split up.  The new found band, a four piece now with Peter and Horst, played shows all over Europe to finally calling their quits in Budapest in 1992.

Seven Sioux realeased numerous Records between 1988 and 1992 on such labels as X-mist and 7 inch 12.

In 2005 Seven Sioux deceided to record new material and play shows again. 4 records were released via Fettkakao, one together with the Stimmgewitter Augustin. Their last show took place at the Arena in Vienna opening for the Dischord Records band Scream.

Artists on other Fettkakao Releases: